Liam and Arnel have one of those rare, delicate, beautiful love stories you almost never witness anymore. It’s the kind you watch in romantic comedies and root for the whole time, and your heart rejoices when the two main characters finally get over all obstacles and find their way to each other. It’s the kind you hear your grandparents tell you about, and as you listen to it you feel at once in awe of all they’ve been through to be together and like all these roadblocks were petty, because they’re your grandparents, and of course they were meant to be together.

They first met Downtown Chicago and Arnel says they both knew. (Apparently, even Arnel’s dog Ash knew lol.) Liam however, lived in Korea at the time, because like all good rom-coms, there needs to be a major obstacle to all big love stories. Grand gesture number one! Arnel flies across the globe to spend Christmas and New Year’s with Liam. Is your heart skipping yet? They spent two beautiful weeks galavanting around Korea, eating and laughing, but before they knew it they were back on the train on their way to the airport. Liam held Arnel’s hand the whole time. Arnel says he didn’t want to let go. They kissed at the terminal then had to walk away. Arnel couldn’t look back, watching Liam disappear just hurt too much. If your stomach is in knots, you’re not the only one. That’s the day he says he realized he never wanted to say goodbye again.

Given that I was born and raised in France, and my husband in America, I think about this often. About what it takes sometimes for two souls to find each other. They can grow up a world apart and one of them has to travel across the ocean to come find the other. Liam spent his childhood abroad, in the Philippines, swimming in rivers, playing with spiders, eating street food and as he put it, “praying the gay away.” What an honor and a chance to have been hand-picked to stand with him and his partner for such a meaningful, full-circle moment. To quote directly from his vows: “Twenty years later I find myself standing here, across the world from where I started, in front of the love of my life, in a room full of love, no longer running from myself and being ashamed of who I am and it’s because I met you.” When I say there was not a dry eye in the house, I mean that quite literally, and that includes my own. The support of their friends and especially their families was frankly the most soul-nourishing thing to witness. My face was essentially stuck in that ugly “aw” grimace the whole day lol.

Liam recently shared of their experience during our photoshoot through the streets of Brussels, which we took full advantage of one raining morning for their engagement shoot (check out the shoot here!) He wrote “Laetitia played music as we moved through alleyways, and worked her magic as she captured us do what gay couples have a very hard time doing in public: being intimate and showing affection. I can’t quite put into words how freeing the experience was especially after growing up being taught that this love that I’ve found is somehow wrong.” What an eye-opener for me. How much had I taken for granted as a person in a straight relationship? Not only were his words incredibly kind of course, but what a beautiful reminder of the chance we are given as photographers to create something truly special for people. They’re not just photographs, they’re moments, memories and experiences. Liam and Arnel, I am beyond honored to have been chosen to be present to witness your union, and trusted with crafting your memories for you. Watching you two love and nurture each other is truly a lovely thing and I wish you a long lifetime of continued friendship, love and laughter together. 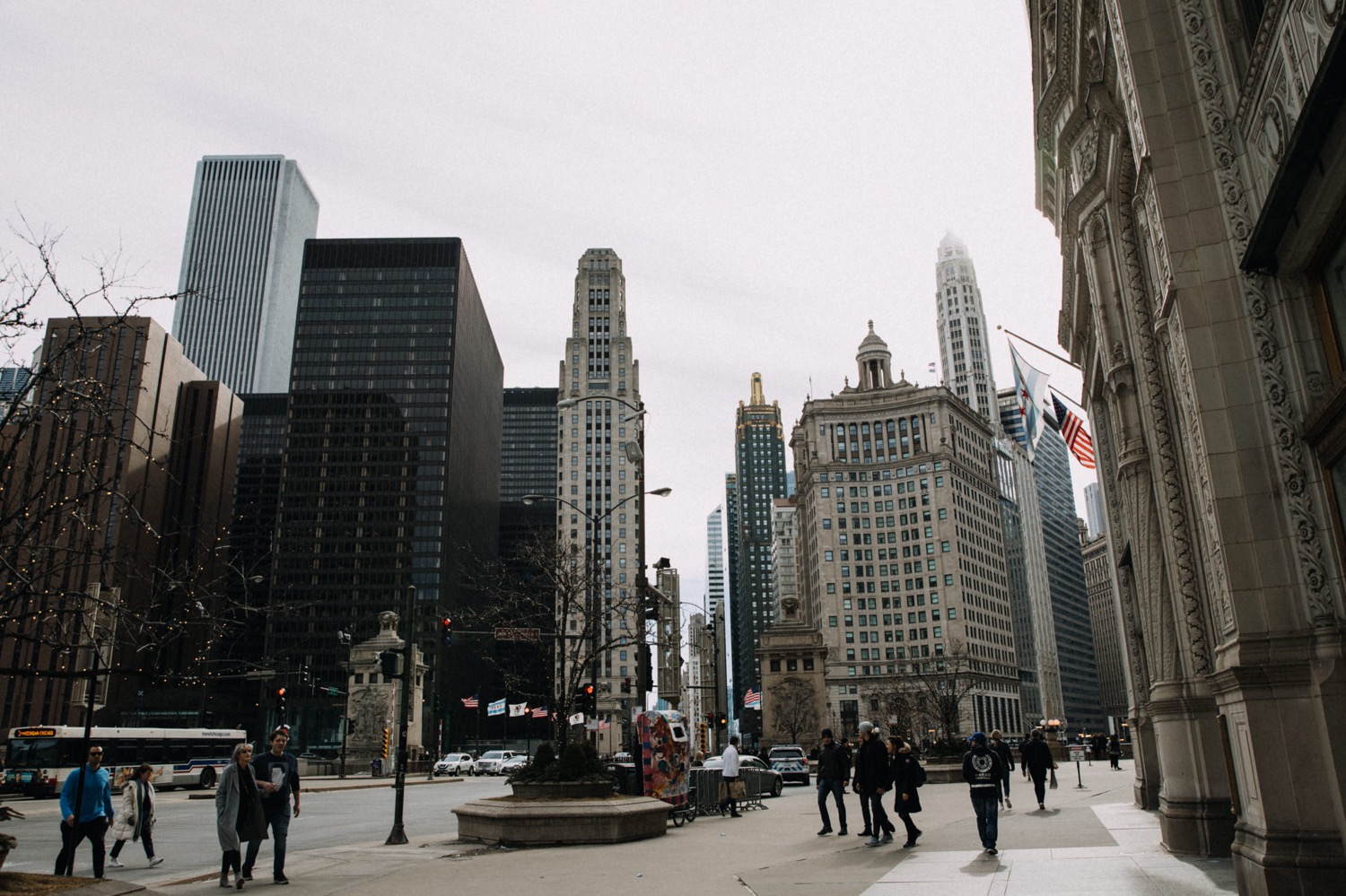 Want to see more work? Peruse the blog, or check out my portfolio.

Laëtitia Donaghy is a French-born, Chicago-based, international photographer focusing on weddings and elopements. She holds a Bachelor of Fine Arts in Studio Art with a focus in Photography, and a minor in Political Science from Florida Atlantic University. She brings to her weddings and portraits her Fine Art training in order to bring forth the realness and emotion present, and showcase people’s relationships. Her focus is on preserving as much of the day as possible and keeping it as honest as possible. She travels the world for weddings and other assignments. She has been published on the web and in print.

“I fell in love the way you fall asleep; slowly, and then all at once.”

I absolutely love the emotions and support of all the guests that you captured! I can absolutely feel it though the photos. Such a beautiful wedding day!

They have a lot of love and support for sure ?

wow all the details are incredible. Love your rich editing style.

Wow! Beautiful couple, and location! What a lovely story they have to share about how they finally connected! Love all Of the teal details in their big day.

I know, you should have seen the room during their vows! EVERYONE WAS CRYING!!! ???♥️♥️♥️

I can’t believe those are custom matches?! They are SUCH a cute couple, and it all looks so classy and posh. They must be thrilled with these photos.

They are the most adorable!! ?

Heck yeah! This had it all -tears, laughter and happiness! Such a beautiful couple and wedding

From the moment I opened this blog, I knew I was going to love it. The music fits perfectly, the way you captured the emotion and the way the light dances around the shadows. You set the tone for this wedding beautifully!

Beautiful! I love your full documentary style. No moments missed!

Oh my goodness, this is so beautiful! You captured everything to well!

You captured these two & their day absolutely beautifully. The intimate getting ready photos to the emotion of their day & happy moments with their family & friends. I felt like I was there with them!

That’s the best compliment! Thank you so much! ?

You captured their love, story, and emotions so well! Amazing job!

These are beautiful!! I am so in love with the tones and I wish I could join you all I the dance floor!!! Loooove it!

This was all pre-COVID. I’m gonna miss big dance parties like this for sure!

What a beautiful story! I really enjoyed going through your pictures. Love the grading and storytelling

I knoooooww!! Their story makes me do that ugly “aw” face lol. I was doing that the whole time I was editing this wedding lol. And thank you!!

loooove all the fine art and moody vibes in this! looks like such a fun wedding <3

Thank you! It was the best day, they are just two amazing people!

So many beautiful moments!! The dancing photos are some of my faves.

Thanks Van! Yes it was SUUUUCH a fun wedding! And before COVID so we still got to all get on the dance floor together and let loose!